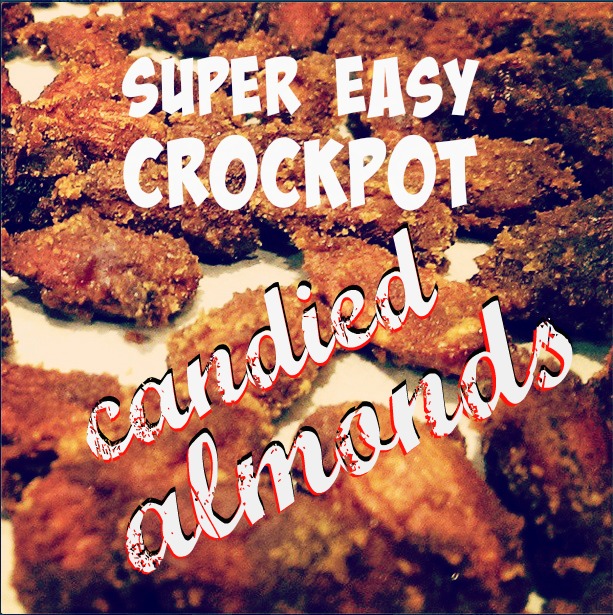 The holidays are upon us. Years past I’ve always made Christmas Crack and while the recipe makes a lot (I like to give something edible and yummy as little gifts) and is damn freaking tasty, it’s also kind of a pain to make. And, having lost 50 pounds recently, I just didn’t want the temptation so I searched for something easier- but just as yummy as a treat- and came across Slow Cooker Cinnamon Almonds on Pinterest.

These are seriously so freaking delicious. And easy. And delicious. And they smell amazing. And they’re delicious! I read different recipes (which were all the same) and comments and kind of did my own thing, which is why I’m calling them Candied Almonds and posting my own recipe.

Ready for something fantastic and easy and oh so delicious that will make your house smell so incredible?

In a bowl, combine 1 cup white sugar, 1 cup brown sugar, 2 Tablespoon cinnamon (I only had like 1 Tablespoon so I also added some Nutmeg) and mix. In another, larger bowl beat one egg white and 2 Teaspoon Vanilla extract until nice and frothy. Then add your almonds to this and make sure to stir and coat every almond with the froth. Once that’s done, add your sugar mixture and mix mix mix mix mix. 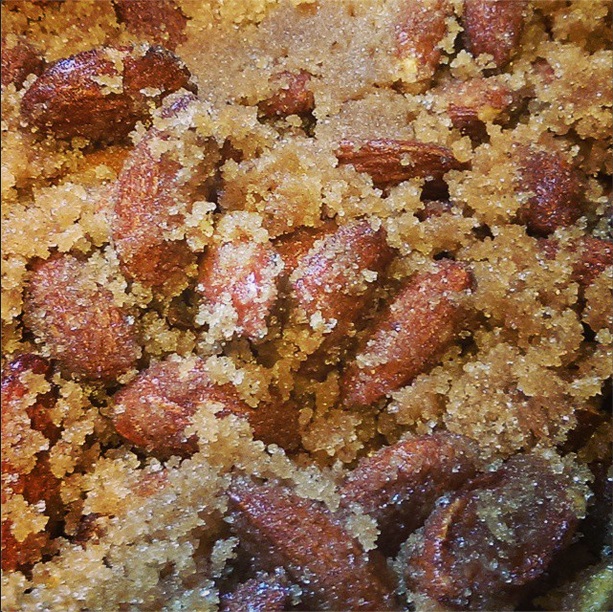 Then spray a crockpot with cooking spray, dump the almonds inside, cover, and cook on low for 3-4 hours, stirring every 20 minutes or so. About an hour before time is up, add a little water (I added some water to my cinnamon jar to get all the cinnamon I could since I was too lazy to go to the store on the Sunday before Thanksgiving for cinnamon) and stir stir stir. And keep checking on it and stirring it until most of the liquid dissipates.

When that happens, after about 3-4 hours total, dump mixture onto parchment paper and, with clean hands, separate almonds or they will stay clumped together. Let sit and cool for HOURS. Then you can jar up (the remainder- because let’s be honest, you’re going to be eating a LOT of this in the process… you know… to test it out and ensure it all tastes the way it should) and give someone a gift of these fantastic yummies! 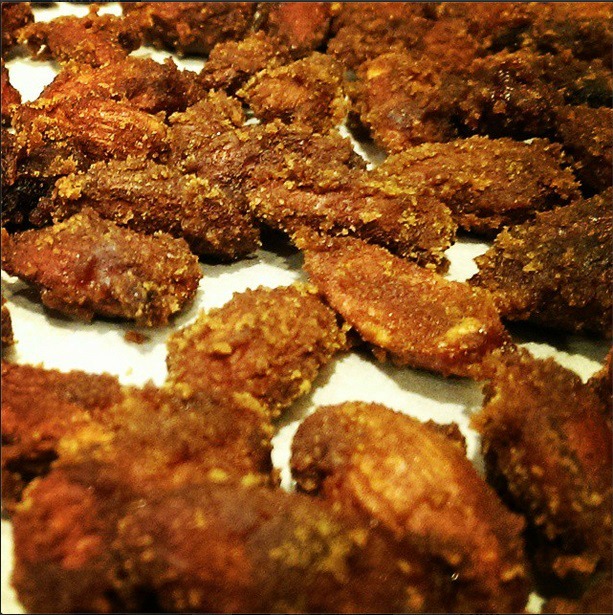 I had another fucked up dream last night. They don’t happen often, but when they do they sit with me for a long, long time. I don’t think it would be such a big deal if it didn’t involve a very crucial person in my family. And how we “behave” in the dreams. There’s always… ALWAYS… an odd sexual tension between us in these dreams and it’s just not right. Not at all. It’s downright fucking disturbing.

At 42, is it possible that I’ve repressed some majorly fucked up shit that may have happened to me as a child until now? In my dreams we’re both adults, but I just… I mean… It doesn’t make sense.

I have to believe it’s just poor sleeping habits or something.

I have to believe there’s something else about these stupid fucking fucked up dreams than what I’m left with feeling and reeling in upon waking up.

Little white cups with foil adhered on top. They lined the top shelf in the fridge. Mama would eat one here and there. She wasn’t one to share her food, yet she never tried hiding the yogurt. And when I asked if I could have one, I found out why. YUCK! I never really understood the appeal of yogurt.

And then Greek Yogurt entered the market (or I became more cognizant of its existance?). 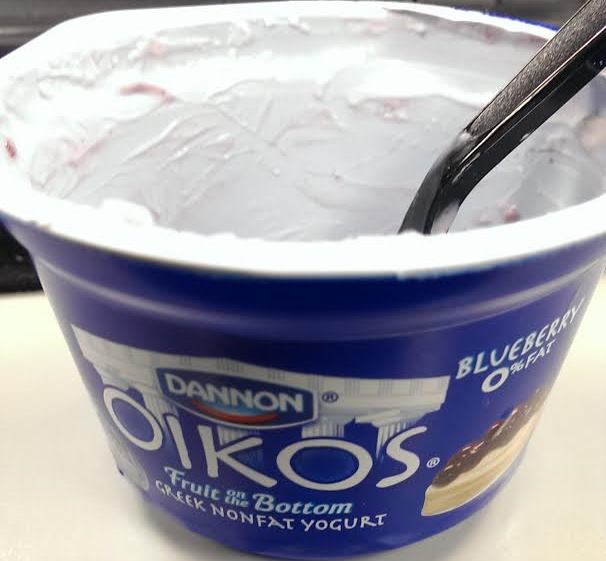 I can’t get enough of this stuff.

I feel so grown up sometimes.

It’s been nine years since the phone’s loud ring woke me out of a slumber. Nine years since my mom told me my grandfather had fallen and hit his head just before bed– that she had to call 911 and that he was en route to the hospital.

I knew it the moment I heard the shakiness in her voice that he was gone.

They didn’t pronounce him dead until after they got him to the hospital so it was technically November 8, 2005 when this happened. But I always remember it as the 7th.

I spent that day at work. I believe it was a Tuesday.

My brother called me in the afternoon to tell me he had enough with his son’s attitude and was going to be granting Jordan’s wish to go live with his mother who never wanted anything to do with the boy. But Jordan was 13, my brother was on disability with little money coming in, and they were constantly fighting. So Marco took the easy way out and let Jordan go.

I cried so much that day.

I left work and headed out to my brother’s house an hour away. I had to give my nephew a hug before he left. I guess I knew it then that our lives were all going to be so very different from that moment on.

After saying goodbye to Jordan and trying my best to get him and his dad to talk, I drove home that night in tears.

I cried so much that day.

By the time I got home I was so spent that I just undressed and climbed into bed as soon as I got in the door. And then the phone rang. And then it was cemented: my life was forever changed.

Not all anniversary’s are happy ones. Like this one. November 7th. The day my brother stopped talking to my nephew and the day the most wonderful man in the world left this earth.

Happiest of Birthdays to the one, the only, the amazingly talented and ageless

It was definitely his eyes that caught my attention. They were quite beautiful. Blue. Big. Kind-looking. And the fact that he got stoned on the daily only seemed to brighten his eyes even more. Interesting thing that pot or crying does to one with light, bright eyes–makes them even more brighter. I know as my eyes are light as well–especially when compared to my dark hair and complexion. (I’ve got lots of experience with trying to hide my eyes when unhappy, after spending time crying. Sometimes for no real good reason, really. Or when there was a good reason. Like the weeks and months following a miscarriage when just the sight or sound of a small child moved me to tears.)

Glenn’s eyes weren’t ever really sad. On the contrary. I remember finding them so soothing, comforting. I remember not wanting to stop looking at them. And the fact that he seemed to want to look into mine as well… oh the butterflies.