The past several months I’ve noticed that I’m doing that thing I always saw old people do—either take their glasses off when reading something or move whatever it is they’re trying to read far away from them.

It’s embarrassing because I realize that I’m now one of those old people (but really it’s “just” that I’m middle aged… right?).

I posted something about this on Facebook along with a celebratory status for my 6th wedding anniversary early in June. Someone was kind enough to private message me that the same thing was happening to him (he’s 47) and he finally gave in and got bifocals. He insists bifocals have come a long way and nobody has to even know that’s what I’m wearing.

He also insisted I should really look into it as it was one of best things he’d ever done for himself—get bifocals.

Truth is, I don’t really care if people know I’m wearing bifocals; I just want to be able to see things the way I’m used to seeing them. And I need to find the time and money to get myself to an eye doctor.

What’s bothering me more than this vision thing as I’m getting older is the Essential Tremors I think I’m starting to endure.

Earlier this year I noticed Mama’s head was shaking a lot, something my grandmother (Oma) had to deal with for most of my life. At first I thought maybe she was just anxious: Oma, whom she lived with and took care of, was dying. But then I realized it was more than that. Mama has tremors. Same as Oma. Same as Oma’s mother who passed when I was around 7. (I don’t remember much about my great-grandmother, but the image of her sitting in a chair shaking can never be erased.)

Oma’s tremors were quite noticeable. Naïve people like my nephew thought she had Parkinson’s disease. Nope. Hers wasn’t as degenerative. It just was kind of awkward because unless she was sleeping, her hands and head shook a lot, and it got to the point that she could barely sip coffee without it spilling out everywhere. Mama told me that it took Oma over an hour to sign the last birthday card she hand wrote—because of the shaking.

It was especially hard to watch near the end.

The days following Oma’s passing, Mama, my sister and I talked a lot about family. And the tremors came up. I told Mama that there’s medication one can take to stop them and then I told her I’d noticed she was shaking. Mama agreed that she was noticing it more and more too. Then my sister chimed in that she’s currently on the medication I was referring, it lowers blood pressure and controls these tremors which she (my sister) was noticing in herself!

At the time (only a couple months ago), I thought I might escape it—like I escaped the thinning hair (so far). But then, within the past month or so, I’m noticing that I can sort of feel the shaking. Like it’s coming from within. And when I hold a cup of coffee in my left hand (especially), the fucking cup shakes a bit. And if I try to concentrate on holding the cup, it shakes so much that it kind of freaks me the fuck out.

This growing old shit is for the birds. 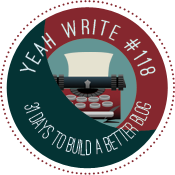