I ate more than half of this fresh baked blueberry cobbler yesterday. 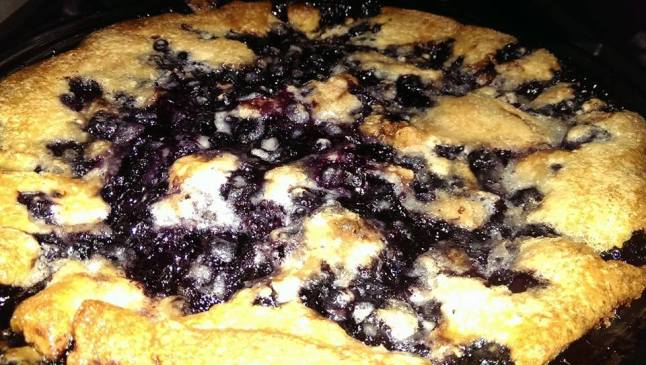 And why? Because he snores. Because he takes forever in the bathroom.

Now, had I not just finished bleeding last week, I would’ve chalked up my insanity to PMS, but the fact is that I ate more than half a fucking blueberry cobbler yesterday because of all that shit up there.

But because I gave up, like I often do, and turned to food.

I know this, and I’ve known this for a long time, yet I can’t seem to fix it.

But I sure as hell can grab another spoonful of that there deliciousness. Like it’s my job.

19 thoughts on “what’s the frequency, kenneth?”